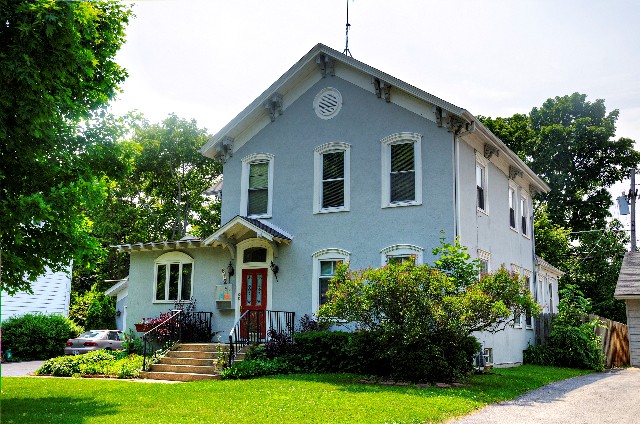 The City of Waukegan recognizes the Asiel Z. Blodgett Residence's identification with a person who significantly contributed to the development of the City of Waukegan. It was built during a time of tremendous growth in Waukegan's history. Blodgett (1832-1916), was a prominent man in early Waukegan, Illinois. Early in his career he worked as a brakeman on the construction train for the Chicago & Milwaukee Railway which later consolidated into the Chicago & Northwestern Railway. Blodgett moved up the ranks to conductor and in 1858 was made station agent in Waukegan.

During the Civil War, Blodgett used his influence to help raise a company of men to volunteer to fight for the Union cause. Blodgett volunteered to serve in the Union Army and was promoted to Company D of the 96th Illinois Volunteer Infantry. Captain Blodgett took part in the Battles of Chickamauga, Lookout Mountain, and Missionary Ridge as well as all of the engagements of the Atlanta Campaign.

Blodgett returned to Waukegan following the war and started operating a stock farm for breeding and importing heavy draft horses. He has the distinction of being the first importer of Clydesdale horses in the state of Illinois, starting this career in 1872.

Asiel Z. Blodgett went on to serve two terms as Mayor of Waukegan (1883-1884), two years on the Board of County Supervisors, and four years on the Waukegan City Council.