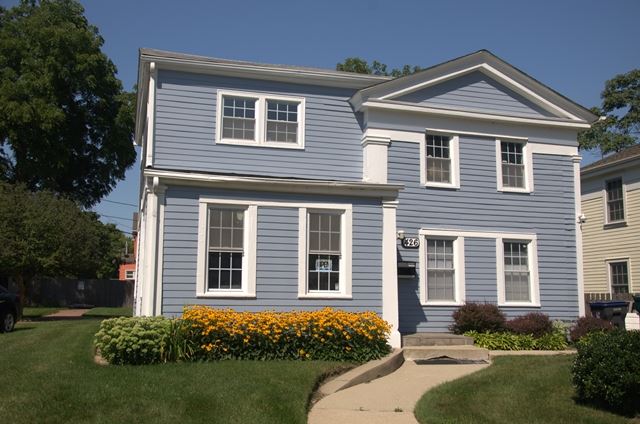 The Henry F. Porter Residence still retains its elegant and simple Greek Revival lines. The classic pediment over the second-story windows, the varied window sizes and groupings and the shallow pitched roof are all classic elements of the style. The only major changes to the residence occurred after 1950 when the residence was clad in aluminum siding and the one-story open porch was enclosed. These changes could easily be reversed.

The residence was built for Henry F. Porter, a pioneer settler born in Vermont in 1823. While engaged as a cabin boy on the schooner Bolivar, he first visited Waukegan in 1833. He returned two years later and took up permanent residence in June 1843. He continued sailing until 1850 as a captain, and then became a prominent grocery merchant in town, retiring in 1895. Henry Porter and his wife were the parents of three children raised in the house, including a daughter Hattie, later Hattie Barwell, for whom the Barwell Club was named. The Club, located at 583 S. Sheridan Road, was part of the Barwell Settlement that provided free health care and other services to Waukegan residents in the days before the Lake County Health Department. The Porters remained in the house until after the turn of the century. The residence is now occupied by a tax preparer.

View Before and After Photos