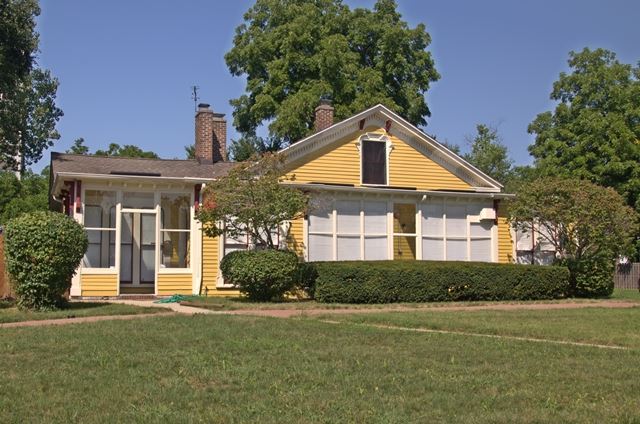 The John M. Strong residence underwent several changes during the 19th century but began its life around 1846 as a simple and modest 1½ story Greek Revival residence. The original residence is still evident in the second story gable in its classic Greek Revival proportions, with simple dentil trim beneath the eaves. In the 1860's or early 1870's, the residence was significant enlarged and remodeled in the then popular Italianate style. It features large floor-to-ceiling windows with finely detailed surrounds, and brackets beneath the roof line. It is highly probable that there were a series of additions over time, resulting in a house that includes four porches and eleven exterior doors.

The earliest family connected with the residence is that of John M. Strong, a prominent businessman involved in various commercial concerns. He also served as President of the Bureau of Transportation in the 1890's. His son William, became an attorney and lived in the residence until after the turn of the century. This set a trend, as the next two owners were also attorneys. Clarence E. Smith bought the residence about 1910 and sold in the mid-1920's to Okel and Lavinia Fuqua, who lived there for nearly fifty years. The Fuquas were both lawyers, and for a time were the only husband and wife team in the State of Illinois.

After the residence was sold by Shimer College and purchased as a primary residence in 2013, the house received a particularly fine and historically accurate paint scheme on the exterior, which serves to highlight and enhance the elaborate detailing of the building.