The five residences located at 414, 420, 426, 430 and 438 N. Sheridan Road form a remarkable assemblage of homes dating back to the earliest days of Waukegan history when first known as Little Fort. The properties are located in Block 1 of what is known as the "First Addition to the North Side of the Town of Little Fort," platted and recorded in December 1844. By the end of the 1840's, all five residences had been constructed, each in the Greek Revival style, the predominant style used by Waukegan's earliest home builders. Three of the homes, 414, 426 and 430 N. Sheridan Road, still retain their classical Greek Revival lines. The other two homes, 420 and 438 N. Sheridan Road, were remodeled within thirty years in the Italianate style, which had by then eclipsed the Greek Revival style in popularity. This remodeling trend was common in Waukegan in the latter part of the 19th century. Many of the earliest homes were enlarged and remodeled to provide additional living space and to appear "updated" and "modern" as Waukegan grew from a town to a city, and an important center of commerce and industry in Lake County.

Other examples of Greek Revival architecture survive in and around the downtown core of the city, but nowhere else does a grouping survive intact such as we find in the 400 block of North Sheridan Road. This section of Sheridan Road, located just north of Grand Avenue, is one of the most recognizable in Waukegan, with the stately homes set back on large lots with mature trees. It is one of the most photographed streetscapes in the city.

Select any of the five photographs on this page to be linked to that residence's background information. 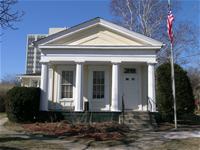 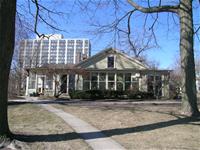 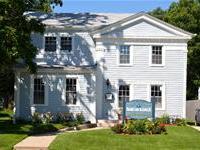 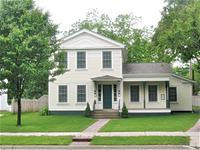 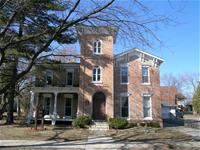